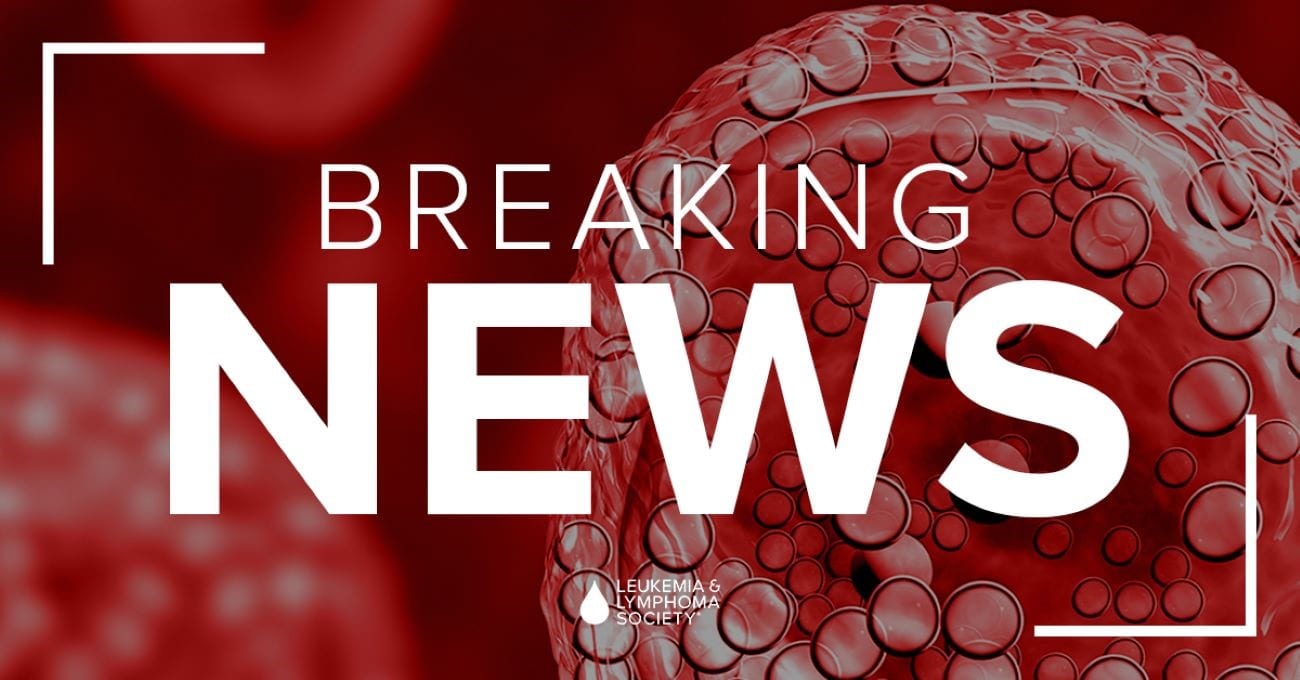 The U.S. Food and Drug Administration (FDA) today approved the CAR T-cell treatment axicabtagene ciloleucel (Yescarta®) for patients with follicular lymphoma (FL) that has returned or worsened despite earlier treatment. FL is the most common slow-growing non-Hodgkin’s lymphoma and while the disease can generally be managed, reoccurrence is common.

LLS was among the first to invest in CAR T in the 1990’s. Today, the therapy has rapidly become a mainstay of cancer care. LLS supported clinical trials that lead to the first FDA-approvals in 2017 of tisagenlecleucel (Kymriah) for relapsed or refractory childhood B-cell acute lymphoblastic leukemia and axicabtagene ciloleucel for a range of B-cell lymphomas. Funding was provided by LLS’s academic grant program to Dr. Carl June’s team at the University of Pennsylvania as well as the Therapy Acceleration Program® (TAP; our venture philanthropy arm) to Kite Pharma, a Gilead Company.

This is the first ever CAR T-therapy approved to treat a form of indolent non-Hodgkin lymphoma. FL, and indolent Hodgkin lymphomas in general, tend to grow and spread slowly at first, but they become more aggressive with each relapse. While there has been substantial improvement in long-term survival for these lymphomas, they are generally not curable and new treatment options are crucial for patients whose follicular lymphoma has not responded or has returned.

Today’s approval of was based on impressive results from ZUMA-5, a global Phase 2 study in adults. After a single infusion of axicabtagene ciloleucel, 94% of the participants had a measurable response to treatment and 80% had a complete response, meaning no cancer was detected at the median follow up time of nearly 1.5 years.

Years of experience with axicabtagene ciloleucel also means physicians have a clear picture of its short- and long-term safety. Like all CAR T therapies, axicabtagene ciloleucel can cause some serious side effects, including a transient over-activation of the immune system called cytokine release syndrome (CRS) as well as immune effector cell-associated neurotoxicity syndrome (ICANS). Although CRS and ICANS can be serious, they are signals that the CAR T-cells are working and as physicians have become more experienced with CAR T, they have learned how to recognize and treat it earlier.

CAR T-therapy has dramatically changed the outlook for patients with a range of B-cell lymphomas, as well as children and young adults with acute lymphoblastic leukemia. While LLS celebrates these successes, there is much more work to be done.

LLS has committed more than $90 million in investments to cellular immunotherapy for the treatment of blood cancers and our commitment is as strong as ever. Our current focus for CAR T-cell therapy is to make it available for more types of cancer and to make it less costly and quicker to administer. To speed the process and lower costs, LLS-funded researchers are working on “off the shelf” CAR T-therapies that use donor T cells instead of having to harvest and re-engineer each individual patient’s T-cells before reinfusing them. Beyond this approach, LLS is supporting the development of CARs with another type of immune cell, known as natural killer (NK) cells, which may have more powerful tumor-cell killing capacity.

Current CAR T-treatments work by targeting a protein called CD19, which plays a key role in B-cell lymphomas. We are funding research into other protein targets including BCMA, which plays a key role in multiple myeloma. There are two BCMA-targeting CAR T-therapies in review by FDA for the treatment of multiple myeloma. The FDA decision on one is due in the next few months and the other is due later this year.

I look forward to writing about these new and exciting therapies soon and to keeping you informed about our work on behalf of the more than 1.3 million Americans living with or in remission from blood cancer.

Tinkering with T-cells aims them at deadly brain cancer

“Glioblastoma is a tumor of the brain that has a very low chance of being cured with current available therapies.” 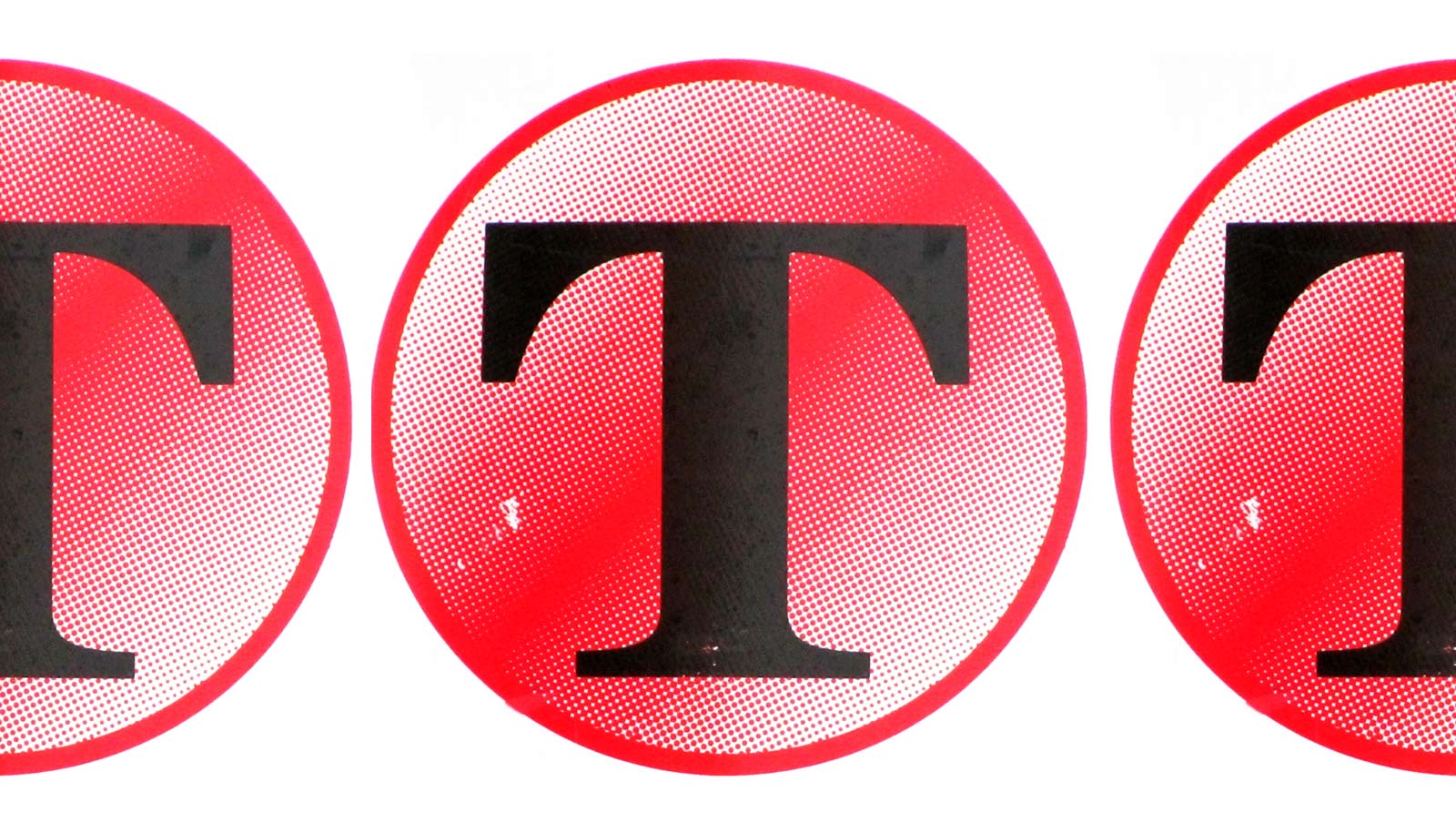 The engineered T-cells both prolonged survival and controlled tumor growth in experiments with mice and cell models of glioblastoma, the most lethal primary brain tumor.

Based on the findings from their early, preclinical studies, the researchers believe their approach holds promise for a new immunotherapy treatment for glioblastoma.

New treatments are sorely needed for the disease, as patients undergoing conventional treatments, including surgery, radiation, and chemotherapy, typically survive for less than a year and a half. Only about one-third of patients with brain and other nervous system cancers live five years.

“Glioblastoma is a tumor of the brain that has a very low chance of being cured with current available therapies,” says senior author Gianpietro Dotti, a professor in the UNC School of Medicine Department of Microbiology and Immunology and the UNC Lineberger Comprehensive Cancer Center.

“We know from other clinical studies that CAR-T cells can work in glioblastoma. The problem is that the target antigens used in previous trials have been suboptimal. We have identified a target that is highly expressed in glioblastoma.”

“We know it’s very important to target these cells as well because they are probably the cause of tumor recurrence.”

This approach involves removing a patient’s immune cells and genetically engineering them to recognize and attack cancer. Other centers have launched CAR-T clinical trials for glioblastoma, but the UNC Lineberger team designed immune cells that hunt CSPG4, a different target on the surface of glioblastoma cells that they believe could be more potent than other targets.

In this study, CSPG4 was highly expressed in 67 percent of the brain cancer samples, leading the researchers to believe this could be a more effective approach to CAR-T cell therapy for a significant number of patients with glioblastoma.

“The critical point is that the antigen needs to be expressed in a high proportion of tumor cells, and not in normal cells of the brain,” Dotti says. “We found that the CSPG4 antigen is strongly expressed in 67 percent of the tumors that we analyzed. We also found that this target is also expressed in what we call cancer-initiating cells, which are the stem cells of the tumor. We know it’s very important to target these cells as well because they are probably the cause of tumor recurrence. If you don’t target them, they will come back.”

The researchers found that T-cells genetically engineered to target CSPG4 controlled the growth of tumor cells in multiple models of the disease. In cell cultures, the engineered T-cells efficiently eliminated glioblastoma cells displaying CSPG4, while the cancer continued to grow in the presence of regular T-cells. The engineered T-cells also prolonged survival and controlled tumor growth in glioblastoma models in mice.

Doctors plan to launch clinical trials for glioblastoma. As envisioned, the trials would focus on patients with advanced disease that has recurred and requires additional surgery.

To further ensure the safety of patients participating in the future study, researchers plan to incorporate a “safety switch” into the therapy that would allow for the rapid elimination of the T cells in case toxic effects are observed.

“We will continue working on a potential new way to try to treat this aggressive tumor,” Dotti says. “These experiments in vitro and in vivo for mice were promising, now we need to see what happens in patients.”